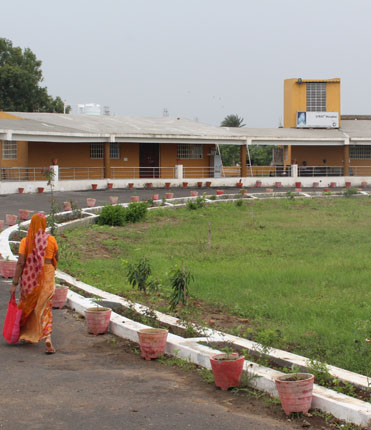 The Virat Hospice celebrated their fifth anniversary in April 2018 and in this short period they have built their own state of art hospice and medical facility. Terminally ill patients are given full nursing care 24 hours a day. A new block is being constructed for paraplegic patients with full physiotherapy unit.

The hospice has cared for over 901 terminally ill patients since April 2018. This is a staggering figure reflecting the dedicated service by the Virat team. The new block has modern 29 bed capacity in a clean environment and is almost daily full.

As all the beds are now fully occupied and a waiting list in place for new admissions, the hospice has now decided to provide Cancer Prevention Centre. This is under construction and will provide preventive medicine, health education, workshops and seminars.

The CEO of hospice did invite HVB to join in their anniversary celebrations and has expressed thanks on behalf of her whole team stating they would not have progressed so far without our help.

On another note the CEO, Gyaneshwari Didi, was invited to an event organised by the Madhya Pradesh state government where she was awarded the Ojaswini Shikhar Sewa Alankaran. This is indeed a great honour to this inspiring leader and HVB offer her our heartiest congratulations.

Heart Valve Bank © 2017 | Registered Charity No. 1098035
Jai Sai Ram
We use cookies to analyse our traffic. We share information about your use of our site with analytics partners who may combine it with other information that you’ve provided to them or that they’ve collected from your use of their services. You consent to our cookies if you continue to use our website. Please see cookie policy to more about cookies. Additionally see our privacy policy. Ok